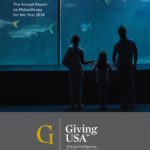 On the heels of a decade of unprecedented growth, we celebrate the year for what it was – a complex year with incredible generosity. I could spend hours talking to you (but I won’t) about studies, statistics, shifts in giving patterns, the impact of the economy, the Tax Cuts & Jobs Act, public policy, and I will share some thoughts and insights in just a minute. BUT, before you read one sentence more, we need to celebrate the fact that Americans contributed over $427 billion dollars in 2018 according to Giving USA 2019: The Annual Report on Philanthropy for the Year 2018, released today. The big picture is that Americans are generous and giving remains strong, but was essentially flat.

So what influenced giving in 2018?

According to Amir Pasic, Ph.D., the Eugene R. Tempel Dean of the Lilly Family School of Philanthropy, “The complexity of the charitable giving climate in 2018 contributed to uneven growth among different segments of the philanthropic sector. With many donors experiencing new circumstances for their giving, it may be some time before the philanthropic sector can more fully understand how donor behavior changed in response to these forces and timing.”

Highlights about Charitable Giving by Source

Here are the key statistics from the report as well as what we – at The Curtis Group – think you should do with all of these national trends. 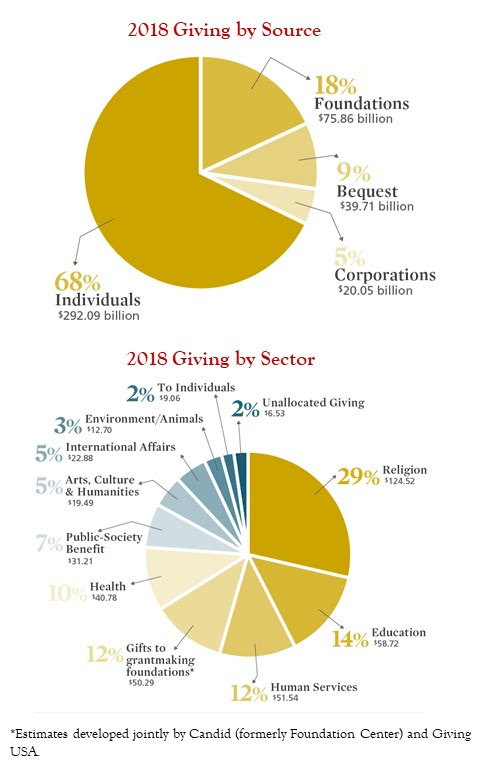 You Have the Numbers…

What Do They Mean and What Should You Do With Them?

Americans are generous. Get to know your donors.
The future impact of tax reform and policy is still top-of-mind.

Be prepared to adapt.